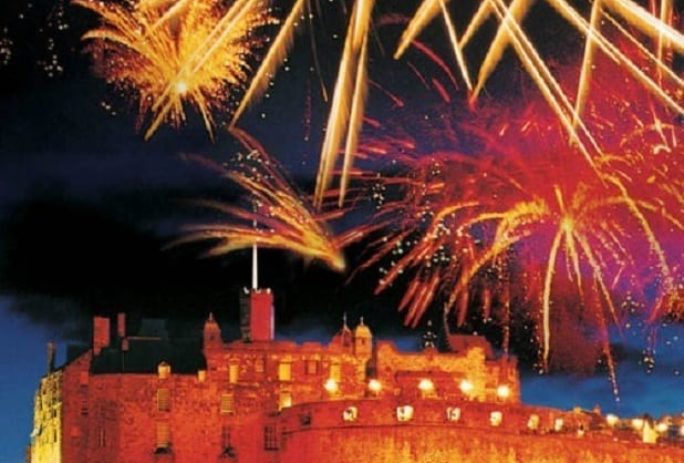 Hogmanay is a traditional three-day Scottish winter festival to welcome in the New Year. Every year, thousands of people flock to Scotland’s vibrant capital to toast the bells, dance until the wee sma’ hours and celebrate the age-old tradition of Hogmanay in Edinburgh.

BRING THE FESTIVITIES TO LIGHT
Watch the festivities get underway on the 30th of December in the annual Hogmanay Torchlight Procession. Join over 30 000 torch-wielding Hogmanayers shed some light on the Hogmanay festivities as they snake their way through Edinburgh’s city centre. Lighting the way from George IV Bridge to Calton Hill in a blazing river of fire, the procession ends with a spectacular fireworks display over the city.

TAKE THE PARTY TO THE STREETS OF EDINBURGH
On the 31st of December, Princess Street comes to life in preparation for Edinburgh’s famous Hogmanay Street Party. Set beneath the spectacular backdrop of Edinburgh Castle, Musicians, DJs and live bands rock the streets in one of the biggest outdoor parties in the world. Four different stages are set up throughout Edinburgh’s city centre, featuring the best alternative, traditional and party music. And big screens broadcast the festivities to the rest of Edinburgh and the world. As the only festival to appear in the ‘Discovery Channel’s Top 25 World Travel Experiences’, Edinburgh’s Hogmanay Street Party is one of the greatest New Year celebrations in the world.

ENJOY THE BIGGEST CONCERT IN THE GARDENS
Every year over 80 000 people celebrate Hogmanay in Edinburgh with the annual Concert in the Gardens. This year, Rag N Bone Man will be headlining and an all-Scottish line-up will be rocking revellers from around the world. Although Garden Tickets and Enclosure Tickets are already sold out, you can still rock the night away in the Street Party arena.