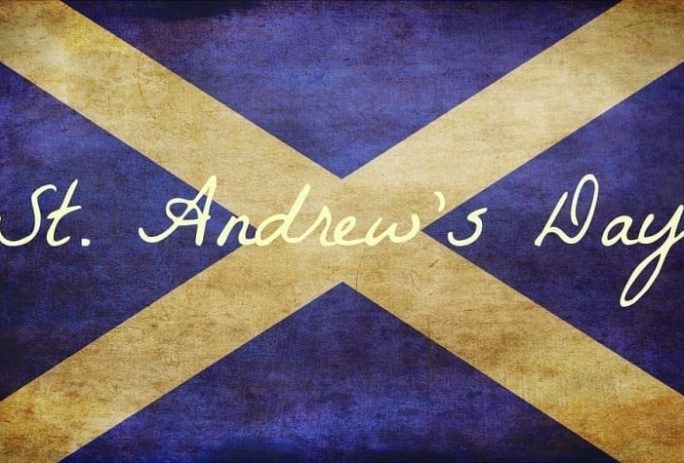 Why is St Andrew Scotland’s patron saint? When did we start celebrating St Andrew’s Day? And where else is the day celebrated?
ST ANDREW There is no consensus on how St Andrew came to be Scotland’s patron saint, but there are several theories. One states that relics belonging to St Andrew were brought to Scotland in the fourth century. These relics, kept at St Andrew’s cathedral in Kinrymount, Fife, then became a major destination for medieval pilgrims. Another possible explanation is that in the 800s, Pictish king Angus MacFergus saw a saltire cross in the sky immediately before a battle and took Saint Andrew as his patron from then on. 30th November Saint Andrew was first made the official patron saint of Scotland at the Declaration of Arbroath in 1320. By 1390 Saint Andrew appeared on coinage for the first time, although the relics which initially led to his saintly status were destroyed during the Scottish Reformation in the 1500s.

St Andrew was crucified by the Romans on a diagonal cross, with the event apparently taking place on 30 November, hence the choice of day to mark his life.

St Andrew’s Day has been celebrated for generations, with St Andrews University students traditionally given the day off. The Scottish Parliament made St Andrew’s Day an official bank holiday in Scotland in 2007, but banks are not obliged to close and there is no mandatory day off for employees. Around the world St Andrew is not just the patron saint of Scotland, and 30 November is a holiday in other parts of the world as well as Scotland. In Barbados, St Andrews Day is also Independence Day, with a saltire on the Caribbean island’s coat of arms. In Poland, Andrzejki is marked overnight between 29 and 30 November, with fortune-telling one of the main events. Hot wax is poured into water, and the shape of the wax once cooled can apparently predict who the pourer will eventually marry.

St Andrews Day is an important event here in Scotland and here at The Dunstane Houses, we like to celebrate this special day in style, if you’d like to join us for our next St. Andrews Day, please keep an eye on our offers page on the website.