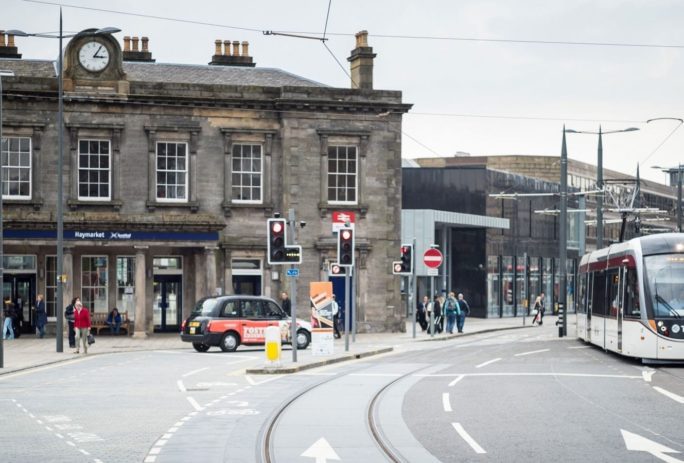 Situated only a five minute walk away from The Dunstane hotel, lays the famous bustling area of Haymarket, Edinburgh. Now jam-packed full of fantastic eateries, trams and boutiques, we take a look back at the history of Haymarket.

Known for its iconic train station, the development of the Haymarket area began in 1842. Connecting Glasgow to Edinburgh, the station functioned as the major hub of long-distance transport, until the line was extended through Princes Street Gardens to end at what is now known as Edinburgh Waverly station.

In recent times, the instalment of the Edinburgh tramline brought about the opportunity for archaeologists to explore the city’s history. During the renovation, archaeology teams discovered both prehistoric remains and a medieval depot. In the Haymarket area, a preserved underground wartime bunker was uncovered, dating from the Second World War.

Further investigation revealed that prior to the war; the 80 foot long shelter had been used as a pulley room to help power the city’s trams in the 19th century. It has been documented that upon the exploration, the team discovered preserved artefacts such as signage from the Second World War and has since been protected from any further damage for historical study.

In 2003, the locally adored Haymarket Station came under threat from proposals to demolish it and be repositioned elsewhere. However, due to public concern this proposal was thankfully withdrawn. The train station has since undergone a major refurbishment; nevertheless, the station has retained the major identifying features.

EXPERIENCE THE HISTORY OF HAYMARKET AT THE DUNSTANE
Seeking your own slice of Haymarket history? Book into our gorgeous Victorian townhouses at the Dunstane to experience the history of Haymarket first hand.